Chromium can be found in drinking water in both the trivalent and hexavalent forms as a result of natural (i.e. geologic) and man-made (i.e. anthropogenic) sources. The current  U.S. EPA maximum contaminant level (MCL) for total chromium in drinking water is 100 ug/L. To understand the occurrence of hexavalent chromium [Cr(VI)] and other contaminants in U.S. drinking water that are currently not regulated under the Safe Drinking Water Act, the U.S. EPA is conducting a nationwide survey of public water systems (PWS) under the Third Unregulated Contaminant Monitoring Rule (UCMR3). Cr(VI) concentrations have been characterized in this survey using Method 218.7 with a minimum reporting level (MRL) of 0.03 ug/L.

Our analysis of the preliminary data for UCMR3 (USEPA 2017a, 2017b) shows that Cr(VI) detection in the U.S. drinking water supply is widespread, but occurs predominantly at low levels. Of the approximately 4900 PWS systems surveyed as of December 2015, 89% reported levels of Cr(VI) at or above the MRL. The average Cr(VI) concentration across all samples[1] (n=62,837) was 0.786 ug/L and reported concentrations ranged from the minimum reporting level of 0.03 ug/L to a maximum of 97.38 ug/L. 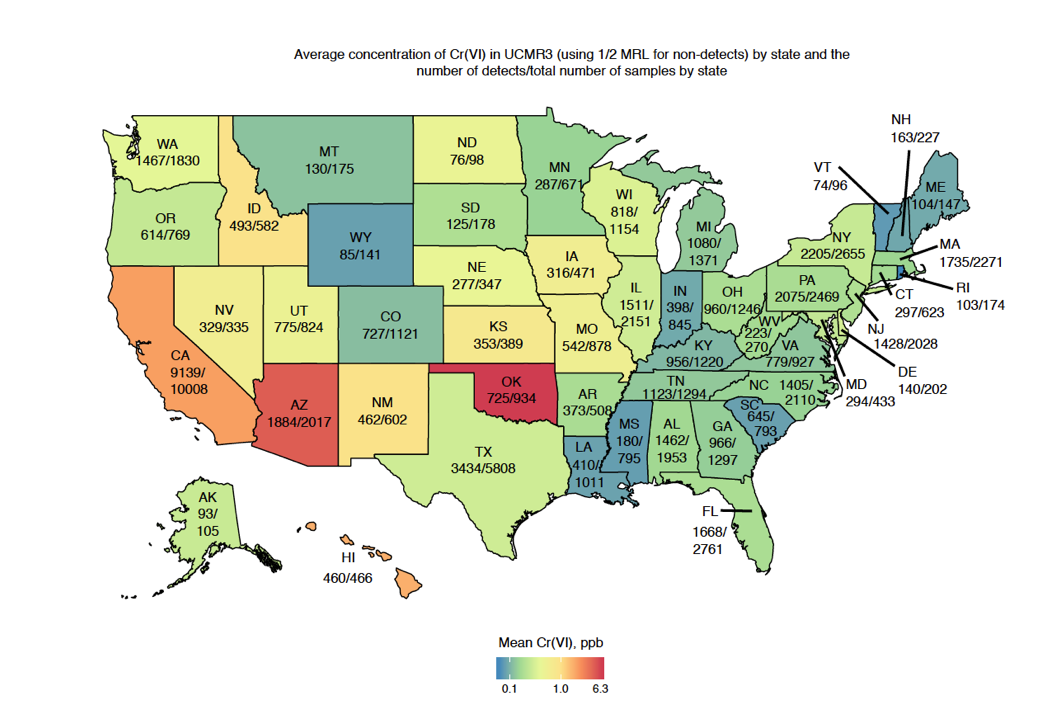 Figure 1. Map of average Cr(VI) concentrations in drinking water throughout the U.S. These values include non-detects as 1/2 the MRL of 0.03 μg/L. The total number of detects over the total number of samples collected in UCMR3 through December 2015 are also presented by state. 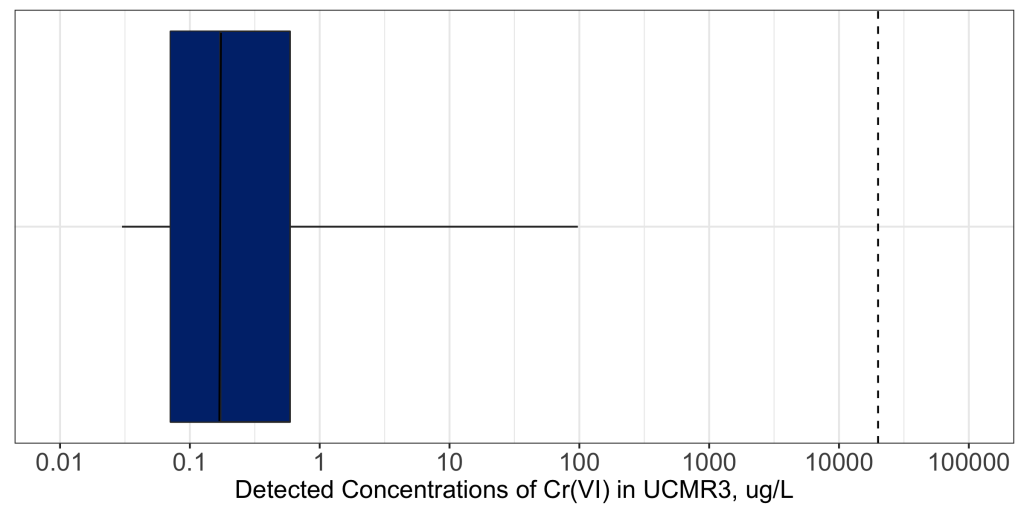 Finally, presented below in Table 1 is a summary of the UCMR3 results for individual states.

Table 1: Concentration (ug/L) of Cr(VI) reported in UCMR3 (January 2017) in States and Territories*

*non-detects substituted with the MRL/2